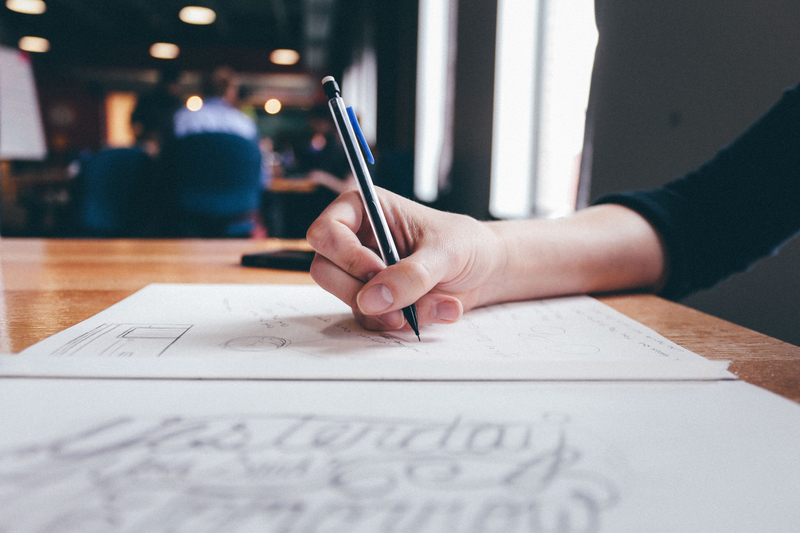 Last summer, I read a book that was a game changer for me. The book was called Writing Circles, written by James Vopat. Mr. Vopat has developed a system similar to literature circles, using peer-led small groups and micro lessons focused on skills and strategies to do the following:

I couldn’t wait to try this in my FSL (French as a Second Language) classes. It has taken me a little trial and error to see what works and what doesn’t, and being a second language class the process is a bit different that what is laid out in the original book. Although the book lays this out as a continual element of class structure that runs the duration of the course, I have included it from time to time to allow my students to try the structure, learn how it works, and have a few practice opportunities with it. Here’s an example of an assignment I tried in my French 11 class recently.

Students were asked to write a paragraph explaining which of two options they preferred. The topic was simple: « Préfères-tu les livres ou des films? Pourquoi? Donne des exemples de ton enfance/des exemples qui montrent de la nostalgie. » In order to answer this, they had to choose a side, rather than opting to sit on the fence. They had to explain why they chose that side, supporting their answer with examples, and use examples from their childhood or examples which showed nostalgia (their current theme of study). Their paragraph needed an introduction and a conclusion, and logical connecting words. This is a pretty standard assignment – nothing fancy, and easy to understand for students at almost every level within the class. They can draw on vocabulary and ideas from previous lessons because we have been working on this theme for a while. Students were able to use dictionaries (online or paper) and I collected their work at the end of the block.

I gave back the writing from day one, and asked students to place all of their cellphones and devices in the centre of their tables, face down with the alerts on silent. They started to look a little alarmed, some of them suspecting a quiz was about to happen, but unsure of exactly how this could be a quiz. I told them their phones were off limits for today, but every table group had access to paper dictionaries.

Using the vocabulary and concepts from their first piece of writing, I asked them to adapt it to a new genre. They could choose either a story or a full page print ad, both based on the original topic. Based on their choice, they moved to a new spot in the room, and had a new group of people to exchange ideas with. Before beginning to write, I asked students to take some time either individually or in their new group to think about what connecting words would be effective either in their story or in their ad, and to identify their key ideas from the original paragraph that they wanted to use in the new piece of writing. When they finished writing, I asked them to staple their new piece to the first and hand it in.

I started this class the same way I had started the previous one – I handed back students’ writing, asked them to place cellphones and devices in the centre of the table, and handed out the dictionaries. As on the previous day, the two options for a new genre were to adapt their writing to a story or a full page print ad. I asked students to choose whichever of the two options they had not written previously, and that was their topic for the third day. Once again, they moved to a different place in the room, giving them a new group to work with, and before writing they discussed connecting words and verb tenses that would be effective in the topic they would write about that day.

The read-aloud. After the time allowed for the third piece of writing had elapsed, I asked students to return to their original table groups. In that group, they had to read all three of their pieces aloud to their group. It was critical that they read it themselves, to give it their author voice and to allow them to develop a sense of ownership over what they had written. They were not allowed to put it down on the table for others to read to themselves, but they could be asked to repeat certain sections if the audience needed to hear it again. As they read, they were asked to pay attention to which of the three pieces they felt most strongly about. If they were listening to a peer, students were asked to use their learning map as a reference point to think about while they thought about which piece was stronger and what critiques they would offer. They also needed to pay attention to any ideas they thought they could adapt to use in their own writing.

The critique. After a group member had read all three pieces aloud, the other students in the group offered their thoughts on the writing that had been presented. The only critique that would be considered had to be based on the learning map. It’s not helpful to tell someone, “That’s good,” or words to that effect. If our goal is moving forward as learners, then the critique needs to be based on the expectations for the course. Once each author’s work had been discussed, a consensus had to be reached regarding which piece was the strongest.

The final edit. I allowed 15 minutes at the end of class for students to make changes to their chosen piece, and do a final edit before handing in their work. They handed in all three pieces to document their process, but I gave students the freedom to tell me which piece they wanted to have assessed.

I asked my students what they thought about the process, and they really liked it. They probably produced more writing than they would have in any other type of second language writing assignment, and received more peer feedback before submitting their work than they ever had before. They really liked the idea of being able to tell me where they were strong and which piece they were proud of, and to have that be the one that was assessed.

In addition, they practiced three major curricular skills – explanation, persuasion, and narration. This gives them an opportunity to see where they are strong and where they can improve, but to use their attempts at each type of writing to improve the other skill areas.

Through regular use of writing circles as an instructional strategy, my goal is to engage the learners in my classes in critical and creative thinking exercises that integrate complex problem solving around their communication. This was engaging even for my struggling learners. As soon as they saw they had a choice, they became much more invested in the process. As students see success in different drafts, genres and voices, I hope they will be able to think beyond just the French class and develop an awareness of themselves as learners with strengths and preferences they can draw on in other subject areas.